Evidence of the effectiveness of ESEA — the 1965 Elementary and Secondary Education Act —is buried under a pile of misinformation.

The Story Behind the Law

With the Civil Rights Movement of the 60’s in full-swing, President Kennedy pushed hard but failed to pass his omnibus education legislation (Vinovskis, 2010, p. 6). But part of those plans were later passed as the 1965 ESEA —the education arm of The War on Poverty. National progress in student achievement during the two decades (Barton & Coley, 2010, p. 7) following ESEA’s passage is in part owed to this law.

Twin Goals of the 1965 ESEA : To strengthen and improve educational quality and educational opportunities in the Nation’s elementary and secondary schools.

The original AIM: To even the playing field by ensuring equal access to quality education for all children of poverty, all children in impoverished schools, and all children with disadvantages of various kinds.

Knowing that separate educational facilities are inherently unequal, ESEA’s funding was to stay focused on addressing existing problems children encounter — where the highest concentrations of low-income families reside. But full federal funding for the law never materialized. Yet despite that fact, the services supplied to better educate children did demonstrate improvement in educational quality (Irwin, 1978, p. 7).

Strengthening and improving the system was addressed through research, dissemination of information, and training aimed at quality teaching, counseling, and state leadership.

Strengthening and improving equal access was approached through community involvement and federal funding for educational centers and library services.

Measurements of progress —based on state and local goals—were used to assess effectiveness of federal dollars in meeting children’s needs. As a result,  the true effectiveness of ESEA is now often overlook because we assess only “testing outcomes” without considering locally determined goals. Back in 1969, Secretary of Health, Education, and Welfare Wilbur J. Cohen’s assessment was that the money was going to “activities most directly serving the student’s needs” (Congressional Quarterly, 1969, 711).

Isn’t that the type of investment in education and accountability the nation needs?

What Happened to the Law? 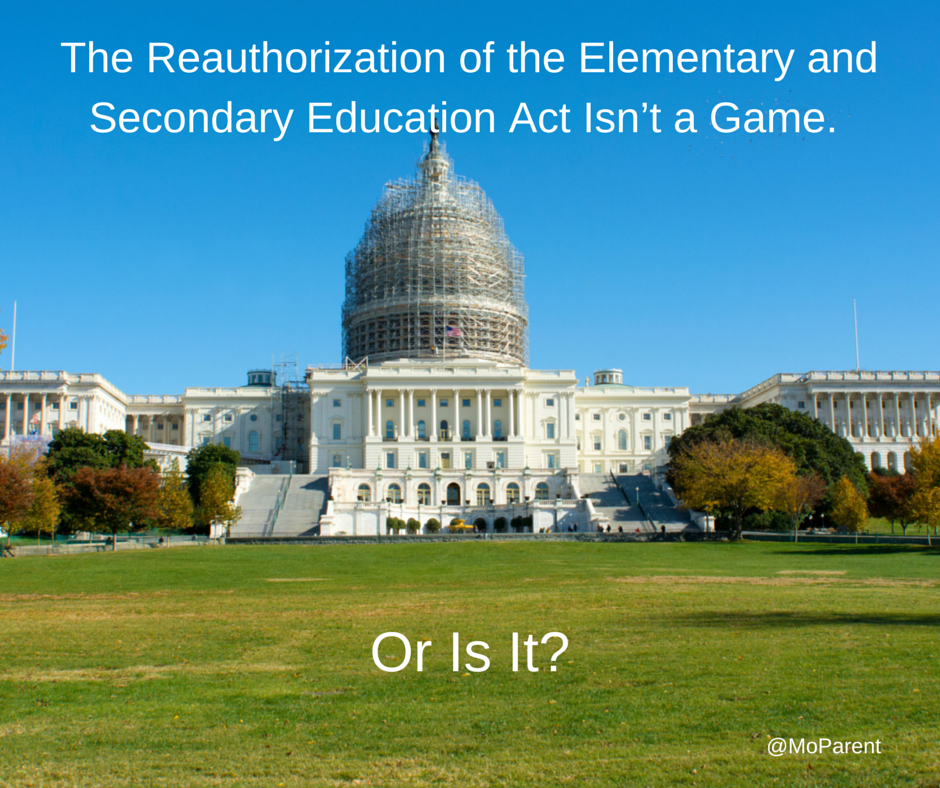 Congress and the American people dropped the ball on what was a NATIONAL OVERSIGHT mechanism of the 1965 ESEA.

ESEA of 1965 created a National Advisory Council on the Education of Disadvantaged Children. Charged with reviewing “the administration and operation of this title, including its effectiveness in improving the educational attainment of educationally deprived children,” they presented their findings to Congress and the president annually.

Through words, funding, and oversight, the law demonstrated  how important education was to the nation!  → “WAS”?

No Child Left Behind (NCLB) was the 2001 reauthorization of the 1965 ESEA. The 2015 reauthorization called the Every Student Succeeds Act  (ESSA) did not fix the harm done by NCLB.

3 thoughts on “The Elementary and Secondary Education Act (ESEA)”

This site uses Akismet to reduce spam. Learn how your comment data is processed.